‘The Tale o’ the Glasgow Girls’ tells the story of people standing up for others when they thought they were being treated unfairly.

Think about a time when you stood up for someone or spoke out on an issue that you felt strongly about. It could have been at home, in school or among your friends. 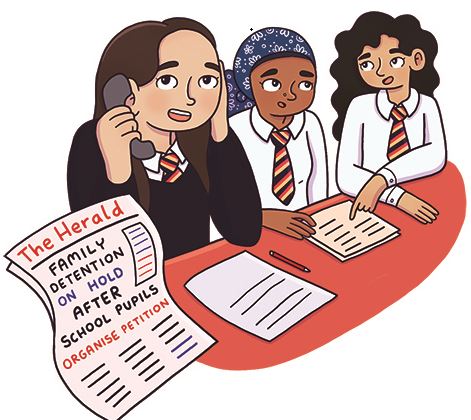 Tell the story of what happened. What was the issue? What did you do to try to get fairness? How did others react? How did things turn out? Try to describe your thoughts and feelings throughout.

You could write this as a personal story or you could try writing it as a narrative poem like ‘The Tale o’ the Glasgow Girls’ with verses and choruses. You could write in English or in any dialect of Scots.

Remember to gather the facts that you will need first- e.g. key information and statistics.

Plan your letter and think about how you can use powerful language to persuade your MSP that this is an important matter and that they need to act to help resolve the problem that you’ve identified.

Share your letter with your parent/carer/teacher for some feedback before sending to your MSP. Email addresses for local MSPs can be found on the Scottish parliament website: https://www.parliament.scot/msps.aspx 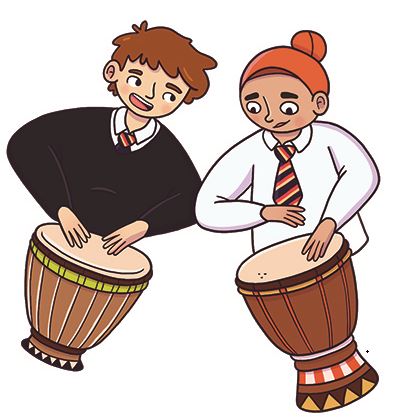 Try writing a song about something that’s important to you. It could be about an issue, an event in your life or about a person.

You could write it so that it tells a story. Or you might want to write it as a rap. You can write in English or in any dialect of Scots.

If you’re writing a rap, the key will be in the beat! As well as creating your lyrics (the words for your song), you’ll need a tune. You could use the tune of another song and put your own lyrics to it, or you could compose your very own.

When it’s written, try recording it on a phone or tablet. Share the recording with your class/teacher. They’ll love it!