Dispute over the introduction of instructors

Our membership in West Lothian College have held 2 consultative ballots for industrial action over the introduction and increased advertising of instructor posts.

The 2nd consultative ballot was held in December 2020 and the result was clear:
67% turnout
87% voting Yes

This issue dates back to January 2019 when the College advised the EIS at a meeting of the Joint Negotiation and Consultation Committee (JNCC) that it intended to commence a pilot that would see the introduction of one instructor post.

Immediately, the Branch  recognised that this development could be a cause for concern for lecturer members as it had the potential to replace lecturer posts with that of instructor posts. Though it has been stated by college management that this is not the intention, there are now four posts of instructor in the College.

The EIS sought to resolve this matter through further discussion at the JNCC but when it became clear that the College was intent on going ahead with the first instructor post, Branch Officials lodged a formal dispute. This was in May 2019.

The development and introduction of instructor posts at West Lothian College is a concern to both local EIS negotiators and members. The instructor posts seem to carry out work normally carried out by lecturers, and the fear is that this practice will grow across the college. Instructors are defined as support staff, and they do not have the same contracts as lecturers and no future requirement to register with the GTCS. Instructors are paid less and usually deliver more teaching hours than lecturers.  The EIS also believes that the quality of education provided to students by lecturers is far better than that provided by instructors.


FAQs regarding the action at west lothian college... 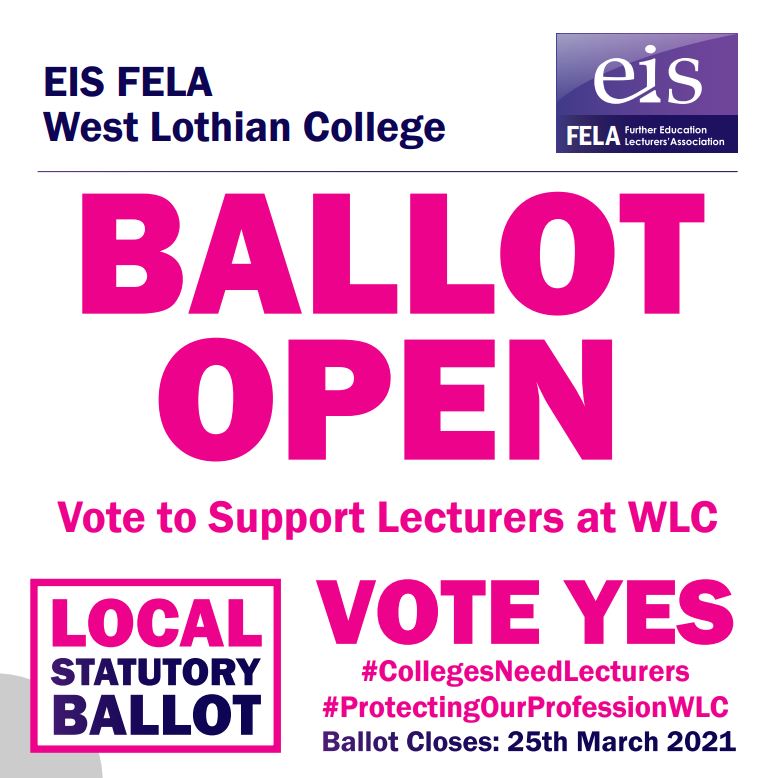