Within the EIS November survey, thousands of comments from teachers were collected on issues such as behaviour in the classroom, their health, and wider safety concerns about working in schools.

This is the seventh in a series of briefings, that the EIS will issue to the Scottish Government outlining the experiences of EIS members. Some comments have been redacted to ensure they do not identify individual schools or members. 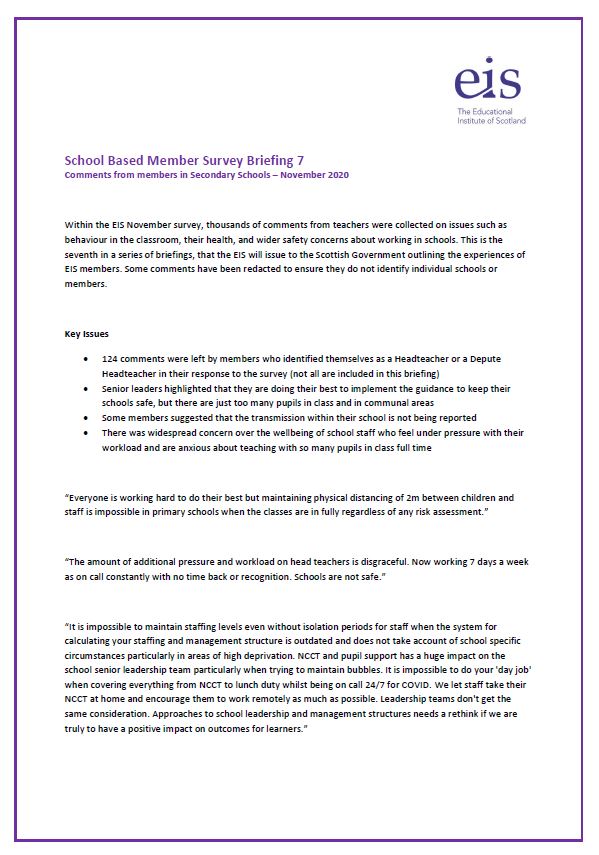